Finalists were announced after judges nationwide pored over more than 900 entries. Gerami is a finalist for his internationally syndicated celebrity Q&A column, ‘10 Questions with Vic,’ anchored in its home port publication, The Blunt Post and 11 news and entertainment outlets in 4 countries. Gerami’s fellow finalists include Kareem Abdul-Jabbar writing for The Hollywood Reporter, Brett Callwood from LA Weekly, David Jerome from the Orange County Register and Michael Schneider at Variety. 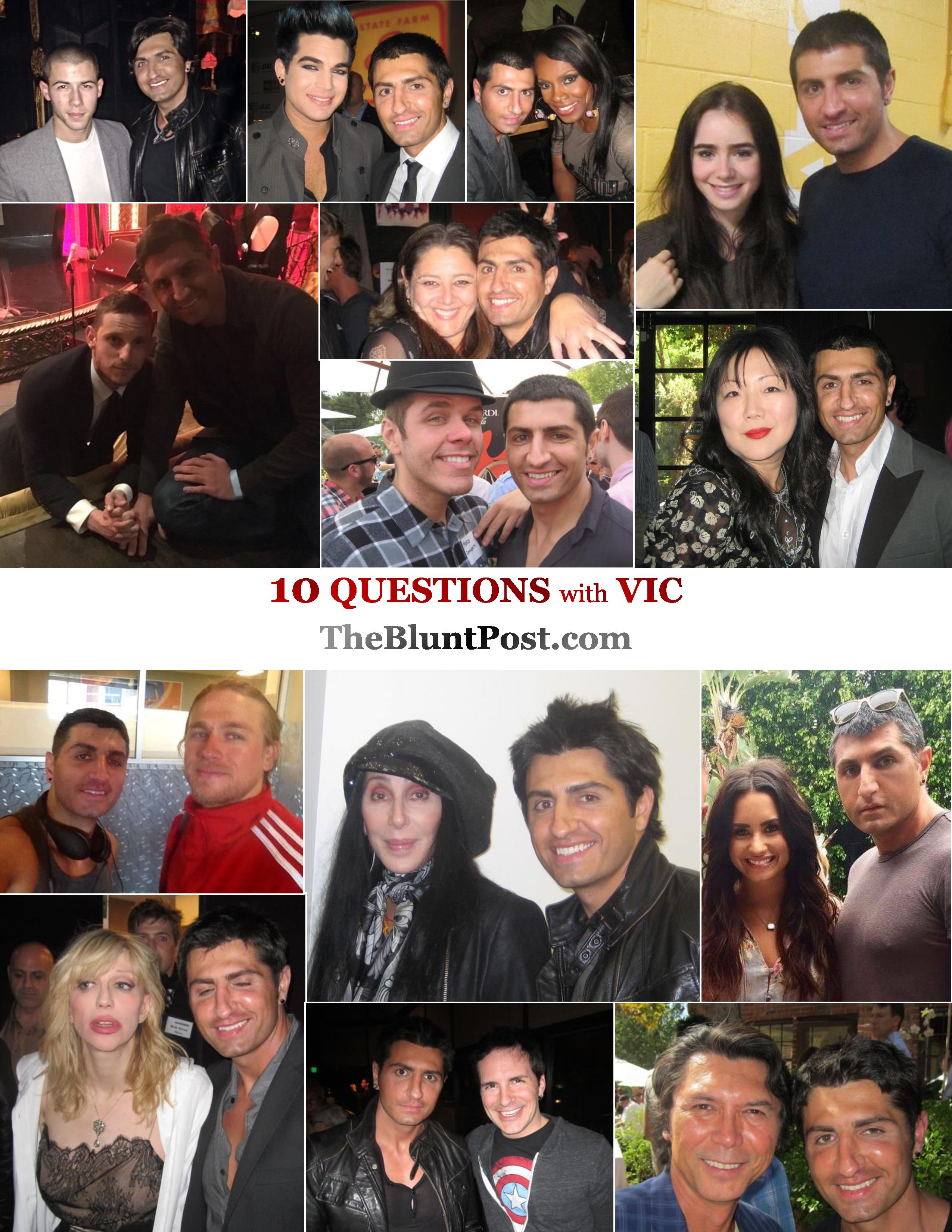 A noted columnist, Gerami is also a journalist and media contributor who is also publisher and editor of The Blunt Post. Breaking out on his own and expanding his skills to include authoring a regular column and publishing his own successful news site, Gerami is quickly gaining a reputation as one of Southern California’s hardest-working media professionals.

Today reaching national international audiences, Gerami first built a foundation of knowledge and skills by learning the media industry during his years at Frontiers Magazine, followed by positions at LA Weekly and Voice Media Group. This is Gerami’s second time being selected as a finalist in the Los Angeles Press Club’s Arts and Entertainment Awards “Columnist” category, having first made the final round of consideration in 2017.

“I’m genuinely humbled and consider it a win just to be named a finalist among my esteemed colleagues who are also finalists,” Gerami said. “Looking at my fellow finalists, I’m completely in awe of them as a group. But I’m overwhelmed by their individual talents as writers, interviewers and all-around storytellers. To see my work even mentioned alongside these journalism and media professionals is an honor I’ll always remember.”

The winners will be honored and awarded their trophies at the historic Biltmore Hotel in downtown Los Angeles on Sunday, December 1, 2019.

The Blunt Post is an independent news journalism, opinion, entertainment website with a direct and straight-forward approach.

We provide a mix of long-form articles, entertainment news, celebrity interviews and profiles. It is a platform for writers, editors, photographers and other powerful voices to express diverse viewpoints and opinions.

The site offers independent journalism, commentary and opinion on international, national and local topics from current events to entertainment, social justice to travel and LGBTQIA+

The NAEJ contest is open to all journalists covering arts and entertainment in the US, including International journalists.

The National Entertainment Journalism Awards were founded in 2008 and recognize the finest work from U.S.-based entertainment reporters and editors and theater, film and television critics in all media – print, radio, TV and online. This includes international journalists working in a language other than English.

The Los Angeles Press Club exists to support, promote, and defend quality journalism in Southern California. Our task is to encourage journalists by involving the public in recognizing such journalism together in belief that a free press is crucial to a free society.

In addition, the Los Angeles Press Club provides a place for journalists to gather, network and learn from one another, especially through the sponsorship of events. The L.A. Press Club is the only organization in Southern California that speaks for all journalists in newspapers, magazines, radio, television and the Internet.