The West Hollywood City Council selected Lauren Meister as the new Mayor and Sepi Shyne as the new Mayor Pro Tempore. The two will assume their new positions on Sept. 20 and serve extended terms through January 2023, after which point the positions will rotate on a January-to-January basis.

Councilmember Shyne received her Bachelor of Science from San Jose State University with a double concentration in Accounting and Management Information Systems and a Minor in Drama with an emphasis in Directing. She received her Juris Doctorate with a specialization certificate in litigation from Golden Gate University School of Law in San Francisco.

As an LGBTQ+ and civil rights leader for more than 20 years, her leadership has helped secure equal rights for all. Before her election to the West Hollywood City Council, Councilmember Shyne served on the City of West Hollywood’s Lesbian and Gay Advisory Board, on the City of West Hollywood’s Business License Commission, and on the Los Angeles County Assessor’s Advisory Council on which she continues to serve. Additionally, she has led many boards and organizations, including the LGBT Bar Association of Los Angeles and as a Board of Governor and Steering Committee leader with the Human Rights Campaign Los Angeles. Councilmember Shyne is a Co-Organizer of WeHo Neighbors Helping Neighbors, a community group created during the pandemic to help get resources to seniors, people with disabilities, and people in immunosuppressed households via social media and volunteer check-in calls. In every board and organization, she has led, she has recruited and elevated women and people of color to leadership positions to create more diversity, inclusion, and equity.

Serving on this Council these past 9 months has been the honor of my life and serving as your Mayor Pro Tem is a responsibility I take very seriously. West Hollywood has always been on the forefront of making history and we did it once again this evening.

When my parents and I fled Iran when I was 5 to escape the oppressive Islamic regime and the war between Iran and Iraq, I never imagined that one day I would be sworn in as the first Iranian, first woman of color and first Lesbian to serve as Mayor Pro Tem of West Hollywood.

When kids in kindergarten bullied me throwing things and using anti-middle eastern slurs, I never ever imagined that one day, I would be sworn in as Mayor Pro tem of West Hollywood.

When fellow high school students verbally gay bashed and stalked me for being a lesbian, I never imagined that one day, I would be sworn in as Mayor Pro Tem of West Hollywood.

In college, when my girlfriend and I were thrown out of a coffee shop by a police officer and the coffee shop manager for holding hands, I made up my mind to go to law school, learn the law and stop that from ever happening to others and that is what I did. But, even then, I never imagined that one day, I would be sworn in as Mayor Pro Tem of West Hollywood.

The reason I never imagined serving in elected office is because growing up, I truly did not see anyone that looked like me, grew up like me and loved like me in elected office. But since November 2020 and especially now, I know that another little Middle Eastern, Brown, immigrant girl who may be queer can now imagine herself in elected office because now she does see herself. And that is one of the most powerful reasons why representation truly matters.

I wanted to serve on the City Council to represent the people of our amazing city and to bring your voices and more equity to City Hall. The people wanted progressive change.

In the past 9 months, I have delivered on that mandate. I have had countless conversations and virtual and in person meetings with residents, workers and stakeholders to discuss how we can make West Hollywood better. I have had the honor to serve on our Laurel House, Homelessness, Event and Pride Subcommittees with my colleagues as well as now representing West Hollywood as the Chair on the Westside Cities Council of Governments.

I have initiated, co-sponsored and passed 34 council items which I am so proud to say have nearly all had unanimous council support. Some of the ones I want to highlight tonight are:

1. The creation of the Social Justice Task Force that is now successfully appointed and working on policy recommendation for us to help address systemic racism;

2. The creation of business roundtables, grants for the most vulnerable small businesses, and the creation of the Business Recovery Task Force;

3. Incentives for LGBTQ people, BIPOC, women and local residents to start small businesses in our city;

4. An ordinance strengthening our Tenant Harassment Ordinance and providing further protections for our renters;

5. The Multi Stall Gender Neutral Bathroom Ordinance which will ensure our Transgender and Non-Binary family, same sex parents of opposite sex children and people with disabilities that have an opposite sex caretaker have equal and safe access to bathrooms;

6. The development of a Citywide Behavioral Health Crisis Response Unit that will reduce law enforcement response to homelessness and in other areas the unit serves in order to provide solutions from experts that work;

7. Several items that direct staff to study or update our zoning code related to affordable housing and capacity, bring our codes up to date with newer type housing developments being proposed so there are standards in place rather than loopholes;

8. An Initiative to highlight Pet-Friendly businesses and develop “Pet Week” in West Hollywood, which includes a special day dedicated to our beloved Felines; and

9. Making sure that Recovery includes Everyone by expanding Protections and Wage Equity for Hotel Workers, including panic buttons, the Right of Recall and Retention, overtime consent, Public Housekeeping training and excessive workload compensation. 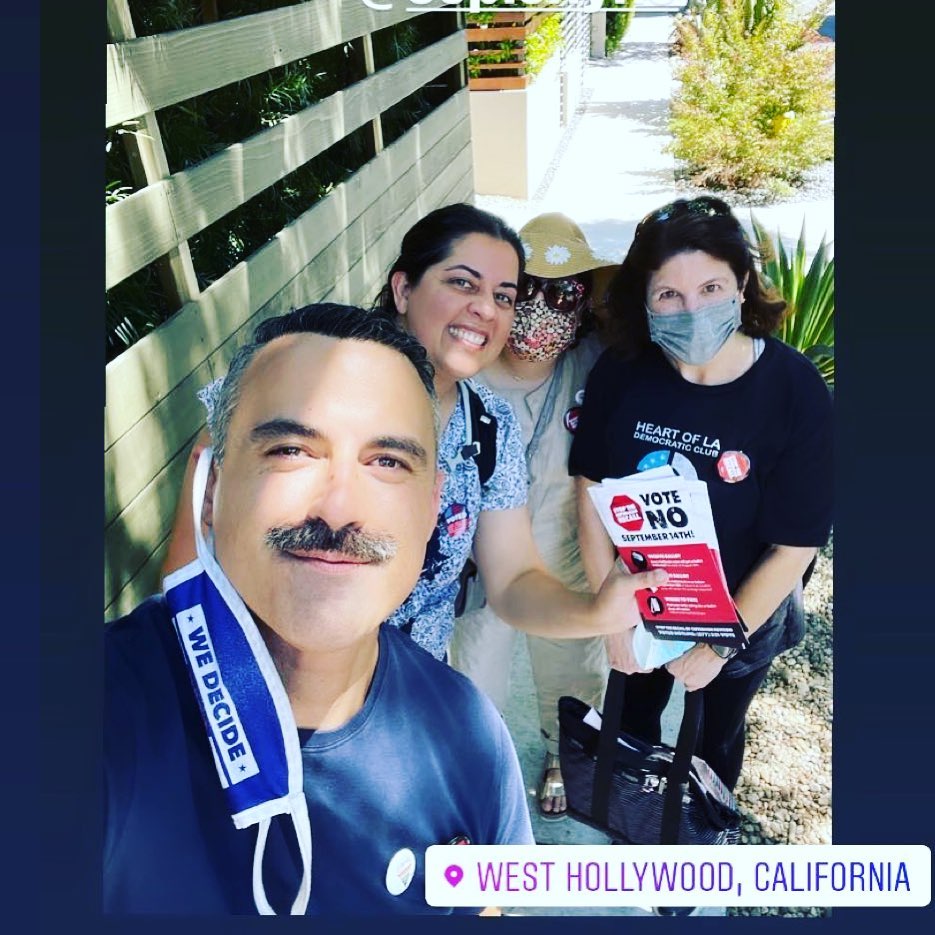 For the next year and four months, I look forward to working with Mayor Meister to ensure efficiency and continued good leadership. I look forward to continue being accessible to constituents. I am excited about the Business Recovery Task Force, which will soon be formed to ensure we have a 5 year blueprint for business success, recovery and diversification. I look forward to continuing to pass items that help our residents, small businesses and workers. Items that create more affordable housing, bring more equity to all, bring more transparency and ethics to our government, create a more healthy environment to combat our climate crisis, have more community-based solutions to strengthen our community safety, help get our unhoused neighbors the housing and services they need as well as focusing on our City’s recovery.

West Hollywood is truly one of the best cities to live, work and play in and I am so grateful to be your new Mayor Pro Tem.