Icons Unite For a Great Cause: Charles Aznavour and Grand Hotel Yerevan

The historic Grand Hotel Yerevan, an icon in the city since 1928, unveils the Charles Aznavour presidential suite today. The highly anticipated event at the hotel’s scenic ‘winter garden hall’ benefits the Aznavour Foundation, which preserves and promotes the cultural and humanitarian heritage of the legendary French-Armenian singer, actor, and humanitarian.

The foundation was co-founded by Aznavour’s son, Nicolas, who runs the organization, with his wife, Kristina. 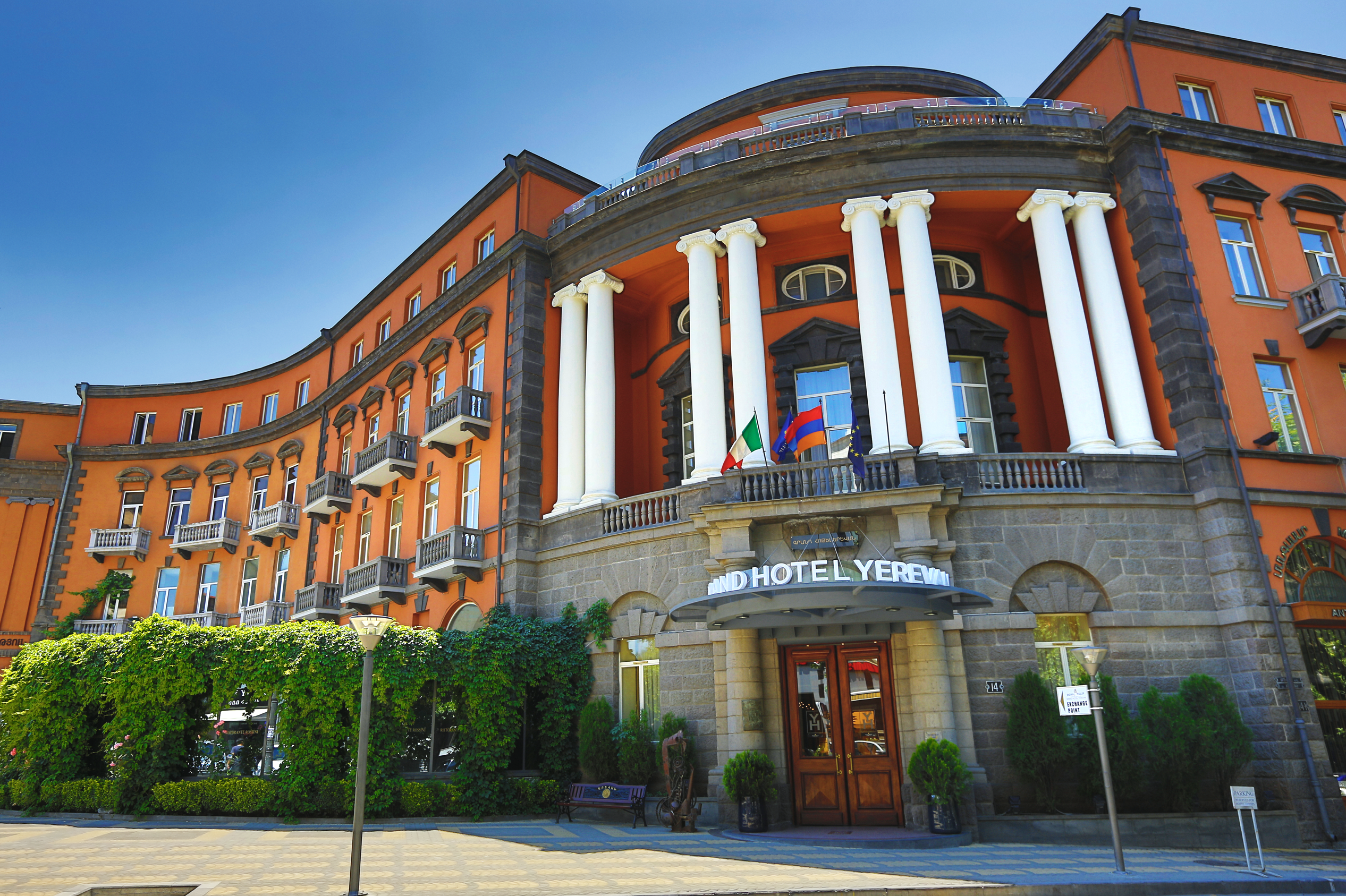 To perpetuate the names of these famous Armenian figures inside the hotel, Grand Hotel Yerevan initiated a symbolic project to name its rooms. The hotel has devoted unique suites to E. Charents and Y. Kochar. The Aznavour presidential suite officially opens today. Visitors will have the opportunity to enjoy the luxury suite and browse Aznavour’s books, listen to his music, and even get acquainted with a symbolic personal item displayed in the lodgings. The naming of this room became possible in cooperation with the Aznavour Foundation; as a result, the Grand Hotel Yerevan joined the list of the foundation’s supporters.

It’s apropos for the Grand Hotel Yerevan to have an Aznavour presidential suite due to its high profile and importance to the city’s history. The hotel was the favorite place for Charles Aznavour and other celebrities, including William Saroyan, Jacques-Yves Cousteau, Tonino Guerra, Andrea Bocelli, Claudia Cardinale, and John Malkovich, and others.

The hotel was also known for its tradition of having permanent residents. The most prominent representatives of Armenian culture and science lived here in the 1920s and 1930s. Charents, E. Kochar, A. Shirvanzade, A. Isahakyan, V. Papazyan, A. Bakunts, G. Maharin, P. Terlemezyan, V. Hambardzumyan, Alikhanyan brothers and others. Yeghishe Charents, Armenia’s iconic poet and writer, was the longest resident of the hotel. During the seven years there, his interestingly designed room was a famous rendezvous among his intellectual neighbors.

In 1935, Hotel Yerevan witnessed the creation of the first Armenian sound film ‘Pepo.’ The crew lived in the hotel, and its cozy atmosphere became an inspiration for young composer Aram Khachaturian, who created the movie’s soundtrack in one of the small rooms of the hotel. Hamo Beknazaryan, the director, had asked that a piano be brought to his room to listen to Aram Khachaturian’s improvisations directly from his bed.

Two hundred guests, including elected officials, celebrities, and Yerevan’s movers and shakers, are expected to attend the soiree, including a presentation, live music, and the grand opening presentation. Nikola Aznavour, co-founder of the Aznavour Foundation, Chairman of the Board of Trustees, and Nikola Mandollni, Director of the Grand Hotel Yerevan, will deliver speeches.

About the Grand Hotel Yerevan

Yerevan realized its significance in 1926 when the construction of the hotel, predictably named ‘Yerevan,’ started on Abovyan Street. Hotel Yerevan was designed by Nikoghayos Buniatyan, the chief architect of Yerevan. He became an expert on the architecture of Ani, the most beautiful of Armenian capitals, and consequently went on to mastermind dozens of landmark buildings in Armenia. The hotel completed in 1928 was one of the first. The four-story hotel became Yerevan’s skyscraper. However, it was not only its height that made it extraordinary but also its colorfulness, solemnity, festivity, and neoclassical style that made it astonishing. GrandHotelYerevan.com

The Aznavour Foundation, created by Charles Aznavour and his son Nicolas Aznavour aims at continuing the development and implementation of educational, cultural, and social projects started by the legendary artist. Another important axis of its mission is to preserve and promote the cultural and humanitarian heritage of Charles Aznavour.

Charles Aznavour commenced his high-impact humanitarian activities after the earthquake that struck Armenia on December 7, 1988, leaving tens of thousands dead and hundreds of thousands homeless. For 30 years, his humanitarian efforts have enabled the implementation of numerous charitable programs in the country. Charles Aznavour was also involved in the fight against cancer and Alzheimer’s disease and assisted greatly the victims of the earthquake in Haiti. He always fought against any discrimination through his art and his global actions.

The Aznavour Foundation undertakes to pursue the humanitarian achievements of Charles Aznavour further and preserve and promote his heritage. en.aznavourfoundation.org