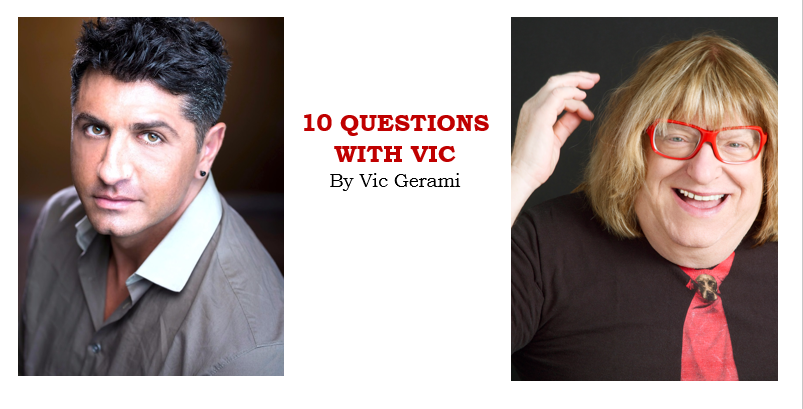 We’re lucky to have Bruce Vilanch as a resident of West Hollywood; Franky, it’s a bit surreal as he is so iconic and legendary, yet so accessible and local. His acting debut was in Mahogany, starring Diana Ross. He starred on Broadway as Edna Turnblad in Hairspray and had a four-year stint on Hollywood Squares, as a celebrity participant. Bruce has been writing for the Academy Awards since 1989 and has been the Oscars’ head writer since 2000. It’s a treat to have this six-time Emmy Award-winner live in our “sub-tropical hamlet.”

Modesty aside, how would you describe yourself?
Modesty Aside was a stripper of my acquaintance. She got a concussion one night during the tassel twirl and retired to Boca.

Your celebrity and benefaction to Hollywood over the decades is incredible, so how do you stay under the radar for the most part?
By never dating a Kardashian.

How is West Hollywood/Los Angeles different than other major cities?
It’s deeply shallow. People come here to be a part of the dream, which is composed of equal parts fame, beauty and money, none of which are particularly evolved constructs. On the other hand, the weather is killer and you only have to think when it’s raining.

Where do you like to go, or do when you have a night off?
Billy Wilder and I.A.L Diamond wrote a line in a movie called KISS ME, STUPID. A gas pump jockey in the Nevada desert is giving Dean Martin directions to the next few small towns: “First you hit Hot Springs, then you enter Paradise Valley, then you keep climbing and eventually you reach Climax.”

What do you like about West Hollywood?
It’s like a small Greek fishing village, right down to the small Greeks. And it’s in the middle of this urban sprawl, this pretty little sub-tropical hamlet where people smile, or alternately shriek at you in Russian.

What’s new on your play list?
The Ethel Merman disco album. I’m either wildly hip, or wildly retro, or wildly stuck in the men’s room at Studio 54.

Favorite local lunch spot?
James Coco was a great friend of mine and when Hugo’s opened, he called me and said, “God has smiled. They’ve invented a place where we can have pasta for breakfast.”

What’s your favorite charity or cause?
I have been on the board of the LA LGBT Center, which is the largest in the world, for 17 years. But you can usually find me around an AIDS charity or a Jewish one.

What exciting project or event do you have coming up?
Well, I was going to marry Justin Bieber, but I guess that’s off.

Tell me a secret, a good one please!
I am really Michael Moore.