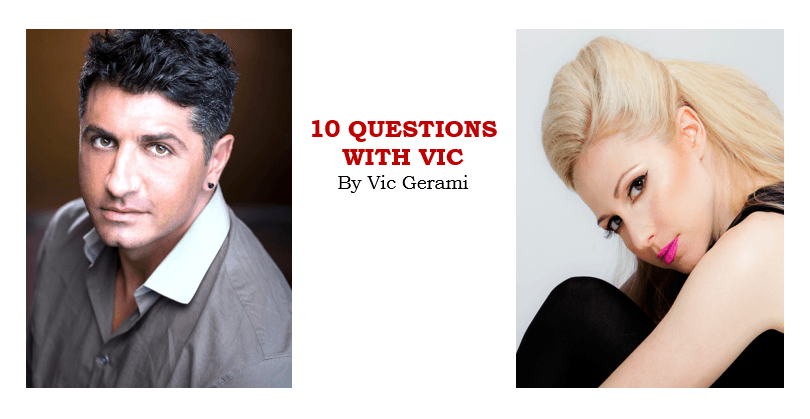 DJ Colette has come a long way since her early years playing clubs in her native Chicago. She has broken records on iTunes, had a Billboard No. 1 single, performed around the world, her music was used in a Motorola commercial and she has been featured on the soundtrack of The Devil Wears Prada. The “First Lady of House” lives in Los Angeles now has a thing for punctuation.

I always knew that I wanted to make music. When I was four I told my mom, I wanted to be a singer or a McDonald’s waitress. I started listening to house music when I was ten and at age sixteen decided that this was the kind of music I wanted to make. I began djing a few years later and haven’t looked back since.

You’re a classically trained musician with a 20+ years successful career. Have the changes in the music industry affected you as well?

The music industry is constantly changing, especially when it comes to technology. The biggest change for me has been how I play music. I used to carry a 40lb bag of records with me everywhere, now all my music fits on a USB. The other noticeable change has been the addition of social media. I think it’s fun that you get to see a little bit more into the lives of everyone, but I also miss the days when there were no phones at the party and everyone just showed up to dance.

How is nightlife in West Hollywood / Los Angeles different than Chicago?

I think the biggest difference is that everything is much more spread out in LA. When I first moved here I noticed all the similarities between the two cities right away. I especially noticed it in the underground dance scene. I feel like the DJs (and dancers) in LA and Chicago share the same vibe and love of music.

Tell me about your LGBTQ+ fans.

I’m flying back right now from playing the wedding reception of my friends Jason and Chrispy. It was a perfect day and I was really honored that they asked me to play. They first started coming to my shows about 10 years ago, and have driven and flown to different cities where I’ve been on tour. They started out as fans, but quickly became friends. I don’t normally use the word fan, as I’ve been lucky to develop many friendships over the years with so many people that support my music.

It’s stupid, but it drives me nuts that most people don’t care about the difference between your and you’re. Whenever I read all those dumb twitter beefs between other DJs, I always feel like the real winner is the one who correctly wrote, “you’re”. 😉

What’s new on your playlist?

I love everything about the Rock House in Negril. It’s stunning and the one place I always feel incredibly relaxed. You can jump off a 30-foot cliff into the sea or lay all day by the pool doing absolutely nothing.

As a musician, I’d have to say the person I admire most is Debby Harry. She’s still touring at age 71, which is incredibly inspiring and empowering to me. I want to be just like her when I grow up.

The Superjane 20-year anniversary is coming up in 2 weeks. We’re doing events at Smart Bar in Chicago and 1A in Milwaukee. It’s crazy to me that 20 years have gone by. It feels just like yesterday that we were talking about throwing our first party.