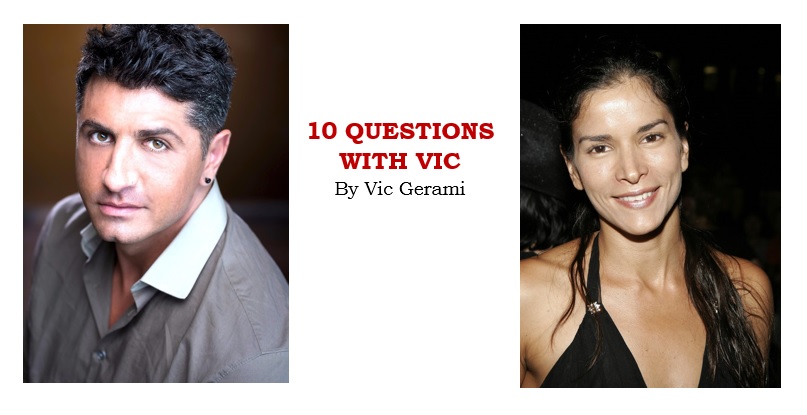 Considered to be the first Latina Supermodel, adorned on the covers of Vogue, Bazaar and Marie Claire, Patricia Velasquez has moved on to master many other industries. She’s been in dozens of feature films such as “The Mummy”, “Le Jaguar” and “Zapata” as well as guest starred in many TV shows. She is also a producer, published author and an activist who has traveled the globe since leaving her native Venezuela and settled in the City of Angels.

Modesty aside, how would you describe yourself?
Persistent. Impatient. Loving.

What is your connection to West Hollywood and what do you like about it?
When I moved to Los Angeles I was in a different part of town. I felt isolated and couldn’t think of anything else other than leaving this city and going back to NY. As I started visiting friends in Weho I realized I was in the wrong area and need it to be here. Now I love LA.

How is West Hollywood / Los Angeles different than other major cities?
We are in the center of town in Weho but also get to have quality of life. Nature surrounds us in LA. It takes a little time to get used to it but once you do it’s hard being anywhere else. It’s that combination of culture and nature that makes a LA so desirable. Specially now. LA is now the place to be.

Has life been different for you since coming out?
Yes. I am not alone anymore. I belong to a community of people like me that supports what I do. It’s wonderful.

What does your average day look like?
My days are all very different from each other. I travel a lot. Depends if I’m working on my Foundation wayuutaya.org or if I’m shooting something. I try to spend time on my own every day. Just a little so I can get my thoughts in place. If not I get in a bad mood and feel all over the place.

Biggest turn-on?
Knowledge for sure. Makes me melt

What’s your favorite charity or cause?
My own. www.wayuutaya.org

What living person in our community do you most admire?
Hunter Lee Hughes
Creator of my last film. Guys reading Poems. He inspires me so much to believe and defend your point of view. To not be like the rest.

What exciting project or event do you have coming up?
This is a secret

Tell me a secret
I love Rioja wine 😉