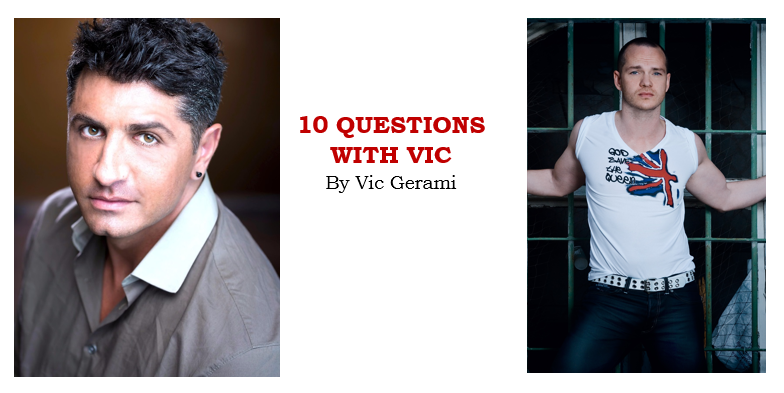 Actor, writer and director Peter Paige’s resume is very extensive, diverse and impressive, even by Hollywood standards; yet he is as humble, generous and approachable as Emmett Honeycutt, the character he played in Showtime’s hit series, “Queer as Folk”, that catapulted him to stardom. In addition to abovementioned accomplishments, he is also the co-creator of ABC’s beloved series, “The Fosters”. For years, Peter has been a generous donor, champion and ambassador for the Los Angeles LGBT Center, giving back to the community and shining like a true Star.

Just a girl, standing in front of a boy, wanting him to love her. Wait, that’s not me, that’s Julia Roberts in Notting Hill. I’m all right – a good friend, story-teller, enthusiasm enthusiast, love tennis and poker and good art. And one lucky SOB – came to LA with a pocketful of dreams (and about three dollars), and have been able to live so many of them.

You’ve been famous since the premiere of “Queer as Folk” and loved by fans all over the world. How is it walking into an event, club or party where everyone knows you?

It was fun, once upon a time (rarely happens anymore), except when you wanted to be
anonymous. Nothing worse than hooking up with a trick and getting nasty and suddenly hearing the words, “Don’t I know you…”

How is West Hollywood / Los Angeles different than other major cities?

I love LA. I moved here begrudgingly in the late ‘90s and knew it was home within about 24
hours. LA has everything you could possibly want in a major city – art, culture, sex, food, all kinds of people – you just have to know where to find it (and where to avoid). LA is a city that makes you work for it – like the man I’m eventually going to marry.

What’s new on your playlist?

Oh, God. It’s about to get real gay in here – um, lately it’s been the Dear Evan Hansen soundtrack on repeat. Even at the gym.

Men who know what they want. And are passionate about it. In the world and in bed (or you know, wherever).

INK. But they better bring back that Mountain Yam dessert or I’m not going back.

The LA LGBT Center. An extraordinary organization doing vital, life-saving work for so many people. If you don’t already give to them, you should – they will be there, for you or someone you care about when it’s most important. Seriously, GIVE.

So many! Currently shooting Season Five of The Fosters. And with my producing partner Bradley Bredeweg, we’ve got several new projects set up around town, including a really fun animated show.

Tell me a secret?