Why Cause and Effect is Crucial to Making Scripts Work

Dramatic writing is an extremely stripped-down literary format with no room for the Unnecessary. In creating a story, it’s easy to be overrun by a profusion of unnecessary details and it’s tricky to keep them at bay. Similar to radically pruning a tree to expose its trunk and main branches, separating the Necessary from the Unnecessary allows you to get at a story’s essentials and make them work. But how do you do that?

Constructing a story backwards by using Reverse Cause and Effect is a highly effective way to isolate the spine of your story. Once you have the basics of your plot roughed out, you start at its ending and work backward to find its immediate cause (say the cause of a Mafia don getting arrested is that he fell for the trap set by our protagonist). Then you chain backward to the cause of that, then the cause of that, etc., all the way back to the story’s beginning. If there’s a gap, then the tool prompts you to create a cause, solving a hole in your story’s logic.

The main trick with this tool is that you don’t want to know what happened before an event, but only what actually caused it. Any number of things happen before it, but only one caused it. Say that your uncle says he’ll give you his antique Rolls Royce if you get there by dawn, otherwise it gets sold with his home, so you jump on your motorcycle and ride all night. Any number of things might happen before you leave, like putting food out for the cats, making sure your pipes won’t freeze, and dropping your daughter off at the neighbor. But the cause of you leaving is that your uncle said it’s now or never. The ability to distinguish between key parts of your story and irrelevant detail is crucial to making a story work dramatically.

Let’s look at a simple demonstration. Say our protagonist, Mark, whose dog is missing, is shown a security video of his neighbor taking the poodle. Angered, he calls the cops who get Mark’s dog back but as they do, the old man’s daughter arrives because a neighbor called her about the cops. To everyone’s surprise the dog won’t leave the old man. Mark is amazed but is okay with his friendly dog, Schnozz, liking the guy, Dayton. The daughter, Lysa, is amazed too, saying it’s the first time she’s seen him smile since his wife died. Over several weeks of interacting with her, the dog, and her father, Mark forms a bond with Lysa. In the end, they become a couple, with her father living happily next door with the poodle. Let’s see the Cause and Effect at work.

Final Effect: Mark and Lysa become a couple, with her father and the dog living next door.
Cause: They fall in love.
Cause: Mark and Lysa interact daily for a few weeks, integrating the poodle into her father’s life.
Cause: Mark sees that Schnozz and the old man love each other, so he lets the dog stay with Dayton.
Cause: Just as Lysa arrives, Schnozz jumps out of Mark’s arms and goes back to the old man.
Cause: The cops knock on his door, take the dog back, and give it to Mark.
Cause: Mark shows the video to the cops.
Cause: One of Mark’s neighbors shows him security video of the old man taking the poodle.

The next step is to develop a little more detail, again using Reverse Cause and Effect. Let’s copy the Cause and Effect for the first section of that little story, from Mark seeing the video to Lysa arriving as the dog goes back to Dayton.
Cause: Just as Lysa arrives, Schnozz jumps out of Mark’s arms and goes back to the old man.
Cause: The cops knock on his door, take the dog back, and give it to Mark.
Cause: Mark shows the video to the cops.
Cause: One of Mark’s neighbors shows him security video of the old man taking the poodle.
Now we’ll go through that Cause and Effect again, still working backwards, and thinking it through in a little more detail.

Final Effect: Both Mark and Lysa are amazed that Dayton and Schnozz love each other.
Cause: As a panicked Lysa runs toward her dad, Schnozz jumps out of Mark’s arms and goes back to the now-smiling Dayton.
Cause: The cop hands Schnozz to Mark as a striking woman pulls up in a Corvette convertible and leaps out, yelling to her dad.
Cause: The cop pushes past the old man, goes inside, and re-emerges with the poodle.
Cause: The old man says he ain’t got no dog, but they hear it barking down the hall.
Cause: The cops ring the doorbell, then pound on the door, and an old man finally opens it.
Cause: Mark shows the video to the cops, then his missing-dog flier, and they go to the neighbor’s door.
Cause: Mark calls the cops, who show up quickly.
Cause: The neighbor shows him video from his security cam, and it shows Mark’s old neighbor picking up the missing dog and taking it inside.

‘By never allowing the Unnecessary into the mix, you end up with a tight progression of Cause and Effect, so your story moves cleanly ahead without getting bogged down in unneeded tangents’ 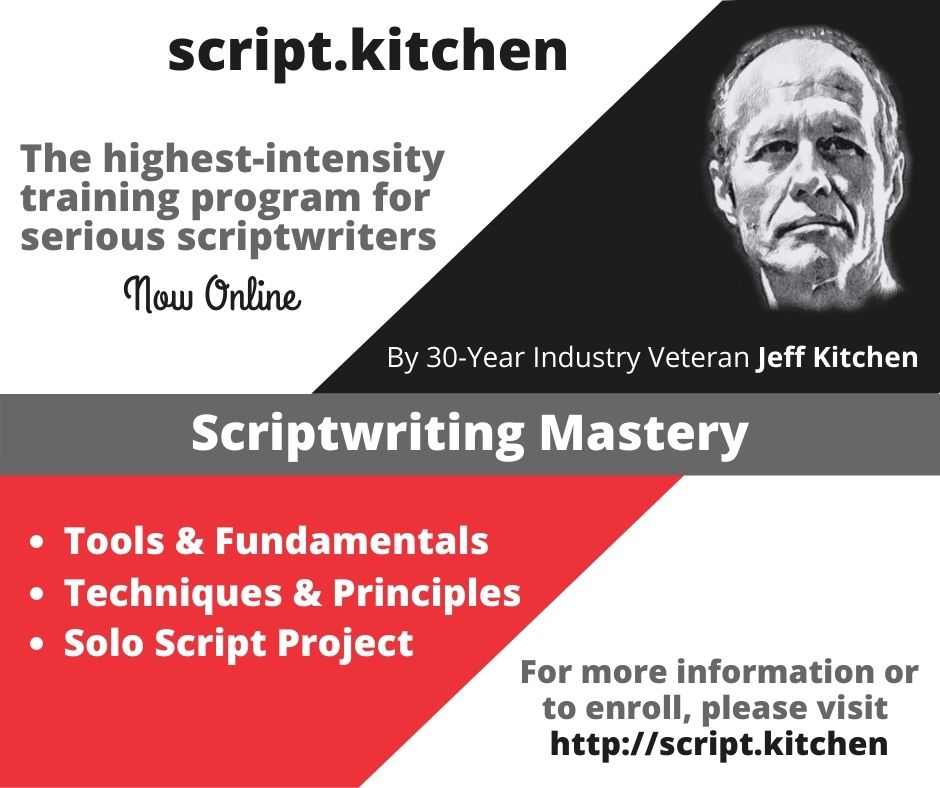 Do you see how we expanded upon the story’s detail a bit by working our way through it in reverse, still creating a chain of cause and effect? We’re inventing only that which is necessary to the story’s forward progression and excluding that which is unnecessary. By never allowing the Unnecessary into the mix, you end up with a tight progression of Cause and Effect, so your story moves cleanly ahead without getting bogged down in unneeded tangents. You systematically develop only what is needed, freeing yourself from the profusion of Unnecessary detail. It requires several skill sets—being able to distinguish between the cause of an event and the details that merely precede it, and to build from the general to the specific, starting with the big picture and gradually layering in detail as they become necessary.

Reverse Cause and Effect seems easy in this simple little demonstration, but it proves its worth when you’re constructing a complex story with many layers and aspects. Engineering a complicated weave like that becomes much more manageable when you lay down the story’s framework and then layer in detail, gradually building it up while excluding the Unnecessary. In this way you systematically develop the details of your story while you construct your plot. I have a one-hour free class on my script.kitchen YouTube channel that will teach you how to use the tool.