CRITICALLY ACCLAIMED FILM, ‘INTO THE MIRROR’, SET TO PREMIERE

Into the Mirror, critically acclaimed new movie by Jamie Bacon and Charles Streeter, who produced, co-wrote and starred in the film, is set to open in the USA on June 21st.

Directed by Lois Stevenson, tells the story of A sensitive young man, Daniel, who is new to London and trying to find his way around what seems like an endless wet winter. Since the death of his mother Daniel has had to suppress his feelings and work on concealing his true identity.

Daniel escapes his daily struggles by focusing and excelling in his new job. Trying his best to fit in, Daniel starts to feel even more trapped when his preying boss, Harry, catches him alone in a bar cubical. Harry realizing how vulnerable Daniel is enjoys toying with him. With his boss playing mind games and a phone call from his father, Daniel is faced with suppressed memories from his past.

Daniel’s world seems to be crashing down on him, but his co-worker, Blu, walks into his life at the right moment in time. Wanting to spend some more time with Daniel, Blu invites him to the nightclub lost & found. After a long night at lost & found Daniel unexpectedly meets Jennifer, a drag queen. Daniel soon realizes lost & found is not just any club and that this night will change the course of Daniel’s life forever.

“I became involved in the project after Jamie saw my visual art work in an exhibition. After reading the initial script, I instantly realized its potential for a visually wondrous film with a liberating story. Meeting with Jamie and Charles and seeing their excitement and enthusiasm for the project only contributed to the ‘YES!’ that was there from the beginning” said director, Lois Stevenson.

He added, “Into the Mirror encapsulates an immersive journey that is enhanced by all the creative elements that the crew has brought together. It captures an emotional story about identity and acceptance that I really hope everyone can identify with.”

Johnny Jewel, veteran record producer, composer, and visual artist, composed the original score for the film. Jewel composed the music for the films Bronson (2008) and Drive (2011), as well as the A&E crime drama series Those Who Kill (2014). He also scored actor Ryan Gosling’s 2015 directorial debut, Lost River, and Fien Troch’s 2016 film Home, for which he won the Georges Delerue Award. 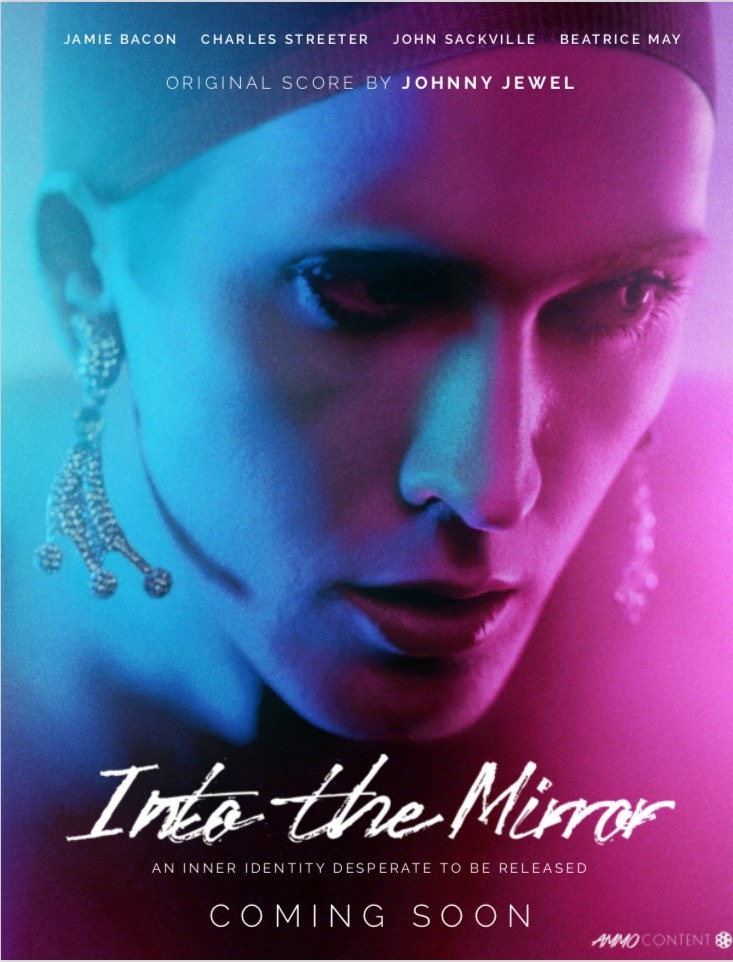