WHO IS COUNCILMAN PAUL KREKORIAN WORKING FOR?

What had previously been Los Angeles Councilman Paul Krekorian’s bureaucratic-style of complacency has now collapsed into outright ambivalence.

What’s worse, Krekorian’s already nonchalant attitude toward laws aimed at protecting and serving his constituents threatens to further devolve even further. But where can Councilman Krekorian go next when he’s already operating at apathy? What’s left for his constituents—open contempt from their elected representative at City Hall?

Yet many residents and businesses owners in CD2 say that Krekorian’s office is ignoring their problems. Charges are that he and his staff are on a good day blasé about broken landlord-tenant laws, uninterested in health code violations and impotent on building-and-safety code infractions committed by landlords.

Constituents say Councilman Krekorian is unmoved by onerous building and planning fees for single-family households, and that he doesn’t take seriously crime that is adversely affecting small businesses located in his district. The Blunt Post (TBP) spoke to dozens of constituents in CD2 and has heard a similar refrain that can be summed up as “Krekorian just doesn’t care about the little guy anymore.” 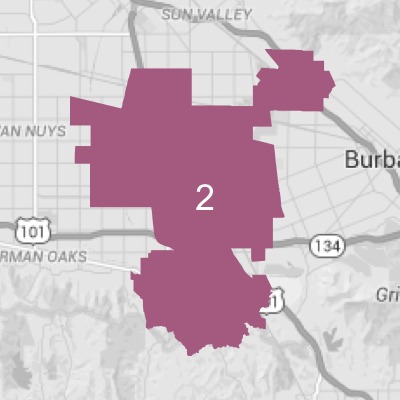 Although their grievances vary in detail, each source we spoke to has experienced an example of the same pattern of treatment by Council Member Krekorian or his staff. To constituents, Krekorian’s operation appears to be an assembly line of standard operating procedures that produce little more than stacks of ignored phone calls, messages and voicemails—as well as inboxes full of disregarded letters and e-mails.

“Neither Krekorian nor his office has ever responded to any call, email or tweet I have sent over the past six years,” Studio City resident, Fran Calderone told TBP. “Goodness knows, someone needs to address Krekorian’s ability to ignore the issues that are most pressing to the people of Studio City,”

“I have often thought that we should get a group together and sit outside his office until he meets with his disgruntled constituents,” Calderone continued. “When the bike lanes were first put in on Vineland, they were downright dangerous because of improper or lack of signage and inadequate spacing for the traffic flow. It’s still obvious that these bike lanes are causing increased traffic, excessive carbon emissions, road rage and dangerous conditions.”

Like many other Angelenos, Calderone has been focused on the unprecedented homeless crisis the city is currently experiencing.

“I have personally seen people shooting up, urinating and defecating in public,” she said.

But unlike most others frustrated by the crisis, Calderone has been actively researching the issue and seeking to engage her elected representatives, foremost among them Councilman Paul Krekorian. Calderone wants to explore solutions that have been proven useful in other regions.

“I sent Krekorian a comprehensive report showing how Rhode Island conquered their homeless problem by treating these poor people,” she explained. “It’s called the MAT program; but I have yet to get a response. I also sent him a picture of a homeless person urinating in public [in the district]—no response from Krekorian.
Calderone says the number of homeless people along Lankershim Blvd. just north of Riverside Dr. is “mind boggling.

“Again, these people need help, yet Krekorian’s office will not even respond to an email.”

“Ignoring calls, emails and other types of correspondence seems to be a common practice at Krekorian’s office,” district resident, Julie Watson told The Blunt Post, “I left a message with Jessica Fugate regarding the methadone clinic, and she never called back.”

Following our outreach to constituents to share their stories, Jessica Fugate who is one of Krekorian’s deputies, began defending herself on neighborhood Facebook groups… One example:

Thank you. I left you a message that morning. Since I work full-time and
get to that type of event. I did see Nickie’s post and I appreciate she shared
that info. If you’re in this group it might have helped if you’d shared all that info before.

Frustrated by her council member’s inaction, CD2 constituent, Blair Shasha told TBP, “I can talk to you about the $10,000 planning fee for single family additions we are in the painful process of fighting.”

A member of The Blunt Post editorial’s staff has seen, first-hand, Councilman Krekorian’s apathy in regard to violations of City Ordinance No. 183893, which pertains to seismic retrofitting.

In October, 2015 the City of Los Angeles adopted the ordinance to improve the seismic safety of the city’s stock of older rental units. The law requires analysis of wood-framed, “open-front” apartment buildings and “non-ductile concrete” buildings to show conformance with minimum earthquake standards. Non-conforming buildings must be strengthened or demolished within specified time frames, the law stipulates.

But critics have noted that landlords, in order to cut corners, are ignoring the letter of the law and victimizing tenants. Landlords are required to submit a Tenant Habitability Plan (THP) to the City and give their tenants a copy.

Yet some building owners downplay the adverse effects of the retrofit work that make their units not tenable during retrofit work. In some cases, landlords don’t give a copy of THP to tenants, knowing that would inform them they were entitled to temporary housing at the landlord’s expense. Landlords are allowed to recoup retrofit expenses via rent increases over time.

Nevertheless, it doesn’t take a genius to realize when an elected official like Paul Krekorian is banking on the notion that landlords, rental property owners, as well as the property management and real estate industries are more important, influential and generous campaign contributors—and more likely to get you re-elected—than “mere” apartment or rental-unit tenants.

But Paul Krekorian’s not alone in neglecting his duty. Los Angeles Housing and Community Investment Department (HCIDLA), the city department responsible for overseeing tenants’ rights, has posted a ‘Summary of Tenant Rights for Seismic Retrofit Work’ (STRSRW). But other than that, HCIDLA is not doing a very good job. In fact, Los Angeles residents displaced by retrofit work and ignored by their landlords find themselves being given the runaround by HCIDLA.

Meanwhile, Councilman Krekorian and his staff seem to take their cues about how to handle their own seismic retrofit duties from HCIDLA. Asked to address area landlords’ disregard for the code, the councilman’s office lived up to its nonchalant-bordering-on-contemptuous reputation as TBP researched the issue.

Council Deputy, Jessica Fugate, was receptive at first to our inquiry, which in the interest of transparency began as a personal issue for a member of The Blunt Post’s staff. But Fugate stopped communicating once pressed for a tangible solution.

As if to preview the level down to which Councilman Krekorian’s attitude toward average constituents may next plunge, Case Worker Denise Schall recently offered TBP’s editorial staff member an exceptional dose of contempt.

“You are the only one complaining,” was Schall’s most noteworthy response to our editorial staff member’s request for help about challenges with the way their landlord was handling a particularly loud, obnoxious, polluting and unlawful approach to a seismic retrofit.

Complaints of complacency and an antagonistic attitude from Krekorian’s office toward the constituents the councilman and his staff are supposed to serve are just two of the problems that have been plaguing the embattled council member for several years.

In 2016, a community group launched a recall campaign against him. The group argued that Paul Krekorian favored business interests over residential-community requests. Members of the group tried to eject Krekorian over a long list of complaints, including approving zoning changes and exemptions for real estate projects that conflicted with existing city and community regulations; opposing efforts to designate local buildings as historic monuments; and failing to respond to concerns about dangerous demolitions.

City Hall’s and Paul Krekorian’s cozy relationships with developers has angered many in the community. “No more mischief, no more back-room meetings with developers during a two-year period. Take all that wasted time you’ve spent creating a luxury housing glut in Los Angeles and instead, do your job, create a plan for L.A. that involves the public,” said Jill Stewart, Campaign Director for Coalition to Preserve L.A., speaking at a news conference outside Los Angeles City Hall that same year.

“We’re seeing a disturbing trend of deep complicity from Councilman Krekorian’s office and his Planning and Land Use Commissioner Karo Torossian who signed off on [a controversial building project] in direct opposition to the Neighborhood Council’s Land Use Commission recommendations,” an activist told City Watch in 2016. Krekorian’s fundraising has been questioned and criticized too. The councilman turned to groups with strong interest in pending decisions pending in city government to help him pay off personal loans and other campaign debt from an Assembly race he lost 15 years ago, state filings show. 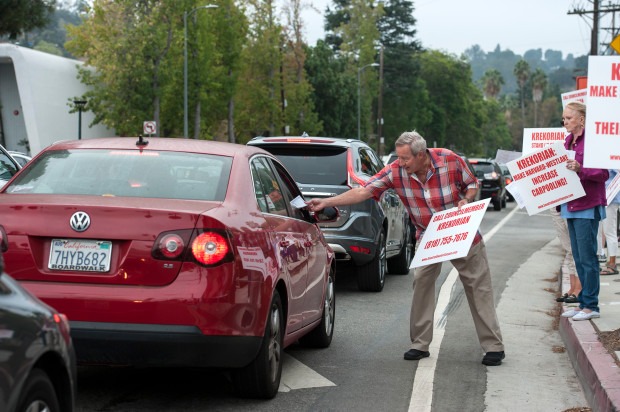 Krekorian’s committee collected tens of thousands in donations from lobbyists, unions, businesses, and other groups and individuals. Those contributions helped Krekorian recoup more than half of the $100,000 in personal loans he made over a four-year period to his own campaign committee.

Krekorian’s ongoing fundraising practices to pay off his personal debt and his mutually beneficial relationship with developers and lobbyists have outraged many in the City.

Many in Council District 2 are familiar with councilman’s staff misrepresenting issues, dodging complaints and ignoring their calls.

Krekorian apologized and took responsibility. “Unfortunately, a member of my staff chose to write the question part of the column himself, based on what he believed was of interest to the public,” Krekorian wrote in a letter to the editor published by the Daily News.

Just recently, a member of his staff appears to have lied to a constituent in a Facebook group.

Asked to provide evidence to substantiate her claim that she had replied via email to our TBP editorial staff member as part of a conversation regarding the aforementioned seismic-retrofit complaint, Krekorian’s staffer sidestepped the question and resorted to misrepresentation on the social media site. Pressed again to provide documentation to support her claim, she then went silent.

We found numerous posts from frustrated CD2 locals on multiple Facebook groups with similar experiences. Some complaints were in regard to ongoing challenges specific to councilman’s office, while others were “dead issues,” reflecting constituents’ frustration and a dearth of people who appear to have simply given up from pure exhaustion on finding a solution at the CD2 offices. 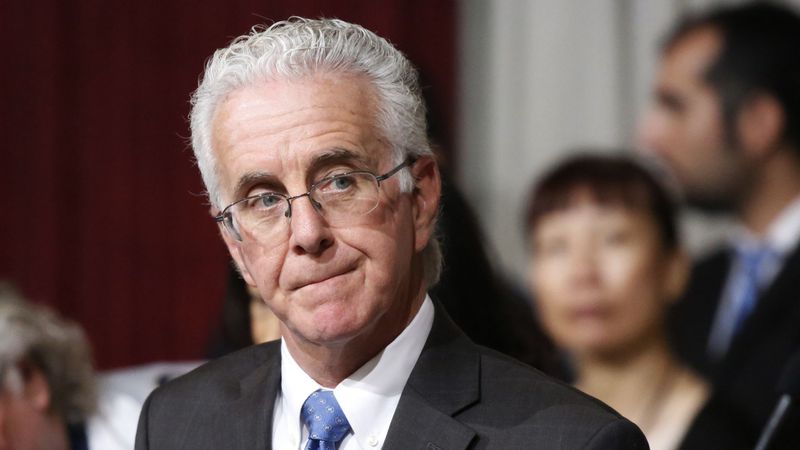 We reached out to Councilman Krekorian directly, as well as to his chief of staff and executive assistant, but did not get a response. Council District 2 residents and business owners are hurting while Councilman Krekorian and his staff continue sidestepping, dodging and ducking away from the district’s problems. Krekorian and company keep giving constituents the runaround and misrepresent themselves.

Will we continue electing Krekorian?