ANGELA SHELTON’S “THE HAMMER” (AKA HEART, BABY)
IS A MOVING PORTRAYAL OF HUMANITY AND SELFLESS LOVE 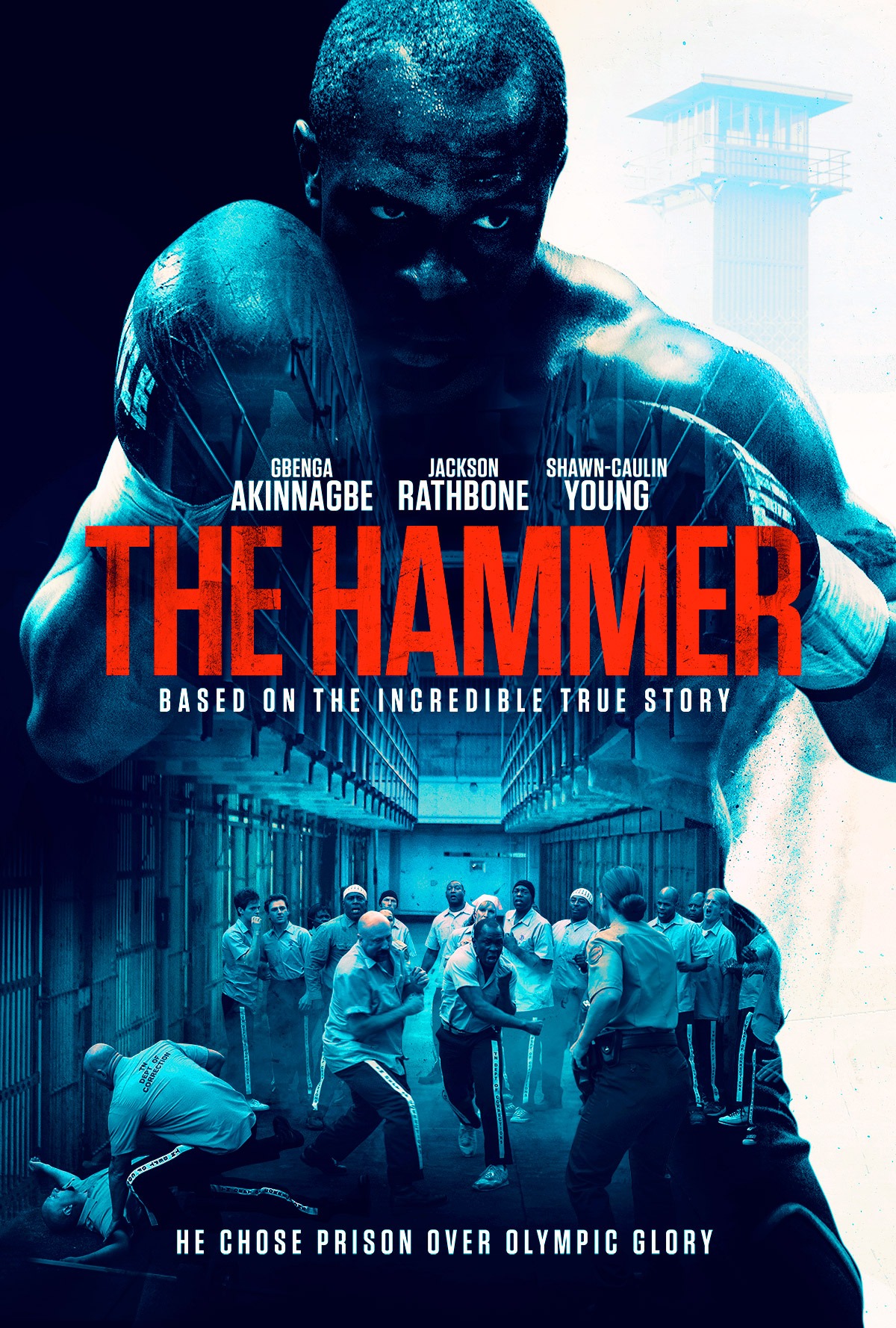 Throughout cinematic history, many movies have offered us a glimpse into the lives of those facing long term incarceration. Some films have utilized various genres while nevertheless attempting to capture the often dark and gritty tone that one often correlates with life in prison. Oftentimes the protagonist is wrongfully accused, and as a result, automatically compels the viewer to feel sympathy in a way that separates him or her from the surrounding characters in the story. This is especially true with stories based on true events, such as “Just Mercy” which was released earlier this year. Therefore, it is especially a challenge when a director and creative team are not only able to evoke sympathy for characters that have committed horrific acts but even make these characters endearing and lovable. This is the case, however, with THE HAMMER (a.k.a HEART, BABY).

Written and directed by award-winning filmmaker, Angela Shelton (Charms for the Easy Life, Searching For Angela Shelton), the film depicts the true story of George “The Hammer” Martin (Gbenga Akinnagbe), a young African-American man incarcerated for armed robbery and sent to a Tennessee prison alongside his lifelong friend Doc (Jackson Rathbone). As a way of coping with prison life, George begins participating in the prison’s “Friday Night Fights.” Ultimately, he winds up becoming the prison’s undefeated champion, beating out contenders submitted by wardens from other prisons in the state. After impressively knocking out former U.S. heavyweight champion, John Tate at the top of their match, he captures the attention of a U.S. Olympic boxing coach. He presents George with an opportunity to compete in the 1984 Olympics in exchange for his freedom. George is initially willing to accept the deal, but on the condition that his cellmate Crystal (Shawn-Caulin Young), a transgender woman who is also his lover, is also released. When his request is denied, George, in turn, rejects the offer to compete, choosing love over his freedom.

What first must be praised about this film, is the skilled direction of Angela Shelton. A true sign of talent from any director is when the technique and love of the story are both equally apparent onscreen. Shelton manages to deliver a comprehensive and complete story of these characters, while still maintaining a pitch-perfect pace. The movie never experiences a slow moment and when the passage of time advances in the final third of the movie, it does so in a way that doesn’t feel like a rush to the finish line. The exposition is woven carefully into the dialogue and there is never a moment where you feel like plot points are being telegraphed. There are even tonal shifts within different points of the story, where the tension is undercut with a comedic moment that doesn’t feel forced or disingenuous. The use of bathos is minimally and effectively employed to produce moments of relief in a powerful and understandably heavy tale.

As mentioned earlier in this review, what is notably impressive is the film’s ability to make you sympathize and fall in love with the characters on screen. Even though many of the characters onscreen are prone to outbursts of violence, intolerance, and blatant hatred, you grow to understand and even connect to them because of the layers provided by both the writing and the actor’s choices. Frequently film and television rely on character tropes when exploring a story set inside a prison but many of these characters undermine those tropes and will instead surprise the viewer.

Indeed, all of the acting choices in this film should be commended, however, the three leads, in particular, give superb performances. Gbenga Akinnagbe is unforgettable and compelling onscreen as he conveys a pensive intensity, a subtle warmth, and bottled up rage that his character carries throughout day to day life until he unleashes in the ring. Jackson Rathbone delivers a performance so flawless and nuanced, that despite the aggression and volatility of his character you are hopelessly charmed and enamored by his presence. And lastly, there is the portrayal of Crystal by actor Shawn-Caulin Young. Young’s performance as this tragic character is heartbreaking, authentic, and gripping. Despite not being a transgender individual, Young embodies Crystal in a way that makes her role in the story all the more painful. Her character is a lynchpin of unconditional love that links the latter events of the story together. Young captures Crystal’s heart so thoroughly that you understand instantly why anyone would fall in love with her. These three characters manage to pull you in from the very beginning, which is a true testament to Shelton’s writing and the chemistry that the actors share.

“The Hammer” is not only an important true story for anyone to view but a master class in how a film can tell an emotional story without being heavy-handed in its message. It shows that even when featuring flawed and complex characters, they are still capable of enchanting and captivating an audience when allowed to live their lives through a lens devoid of judgment. Lastly, these things can only culminate in this way when placed in the hands of a director with a unique point of view and the skill to support it. This film deserves many accolades, but for now, I will award it an A+. This film is a must-see for any time, but especially for times like now.

Christopher Henry is a critic and writer for The Blunt Post. Originally from Boston, Christopher has worked as an actor, singer and comic in New York City for over 10 years.
The Hollywood Museum in Partnership with LA City Councilmember Mitch O’Farrell Presents ‘Real to Reel’ PrideCast LIVE Announces 11-Hour Program Lineup, 12 Shows, Hosts & Guests