The Alex Theatre 95th Birthday Is The Moment To Tell Stories, Cultivate Hope, Promote Solidarity,
And Transform Tragedy Into Reminders That Good Is All Around Us 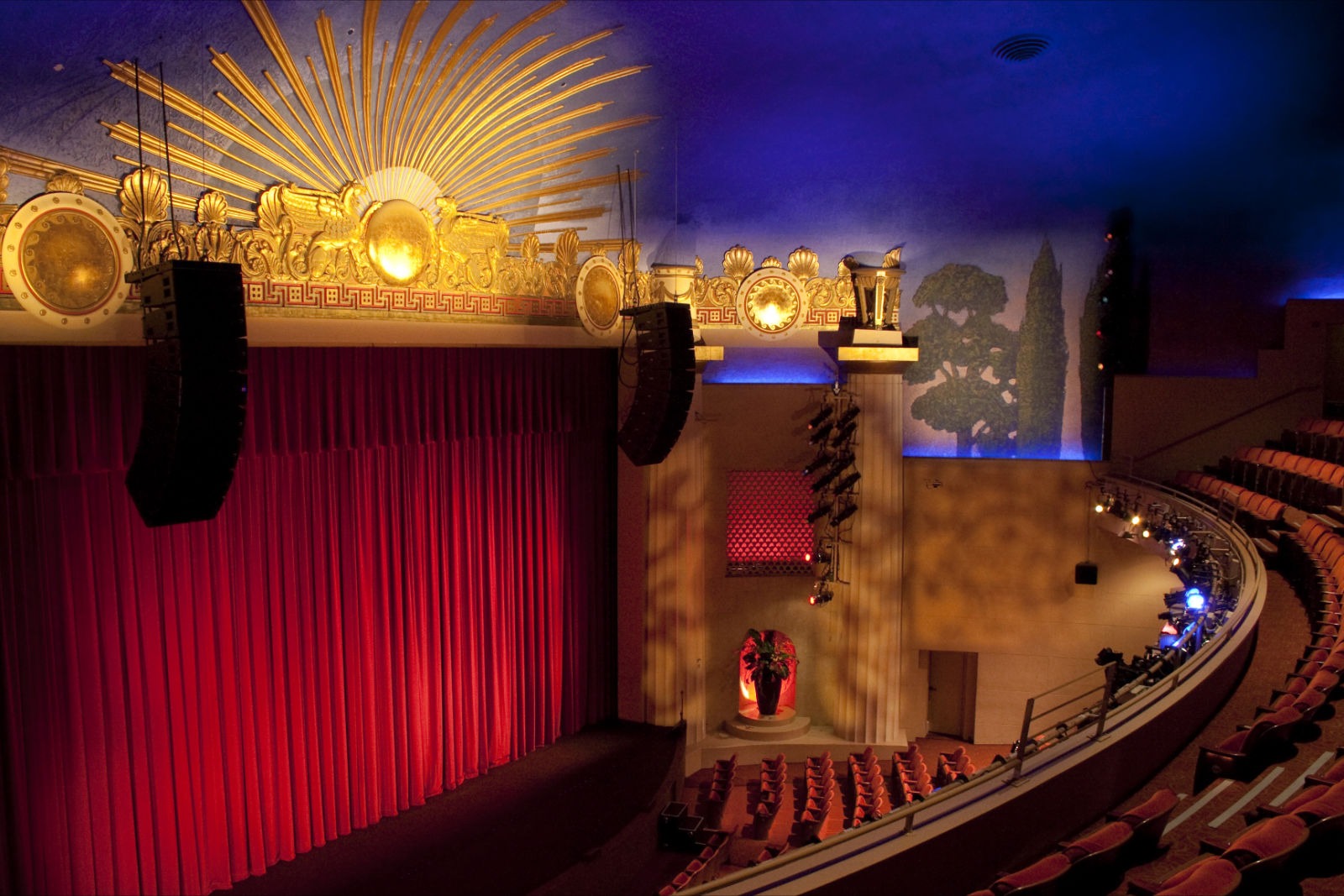 On Saturday, September 5, 2020, the Alex Theatre 95th Birthday will bring people together to celebrate its rich and beautiful history and preserve it as a world-class performing arts and entertainment center. The event is slated from 9:00 a.m. to 9:00 p.m. (PT).

The virtual benefit will raise much needed funds to support preserving the Alex Theatre, operated by the non-profit management company Glendale Arts, as a world-class performing arts and entertainment center, a local historic treasure, and the center of arts and culture in the community. The broadcast will celebrate the arts, bring the entire community together, and share the wonder and promise of the Alex Theatre. The organizers aim to tell stories, cultivate hope, promote solidarity, and transform tragedy into reminders that good is all around us.

“Like any icon or legend, the Alex Theatre has a long and storied imprint whose presence has been felt for generations. We’re paying tribute to that past on Saturday with a program fit for a 95th birthday that will also renew the public’s appreciation for the Alex and hopefully inspire more to become active participants in its future preservation,” said Maria Sahakian, Managing Director, Alex Theatre.

This celebration is happening at an unusual time, with the world on the heels of global pandemic which caused the shutdown of the Alex Theatre. Proceeds from Alex95 support the theatre and preserve it as a world-class performing arts and entertainment center and a local treasure.

With a donation of $500 or more, after the event, patrons can claim a seat in the balcony of the  theater, and receive a personalized nameplate on the armrest. 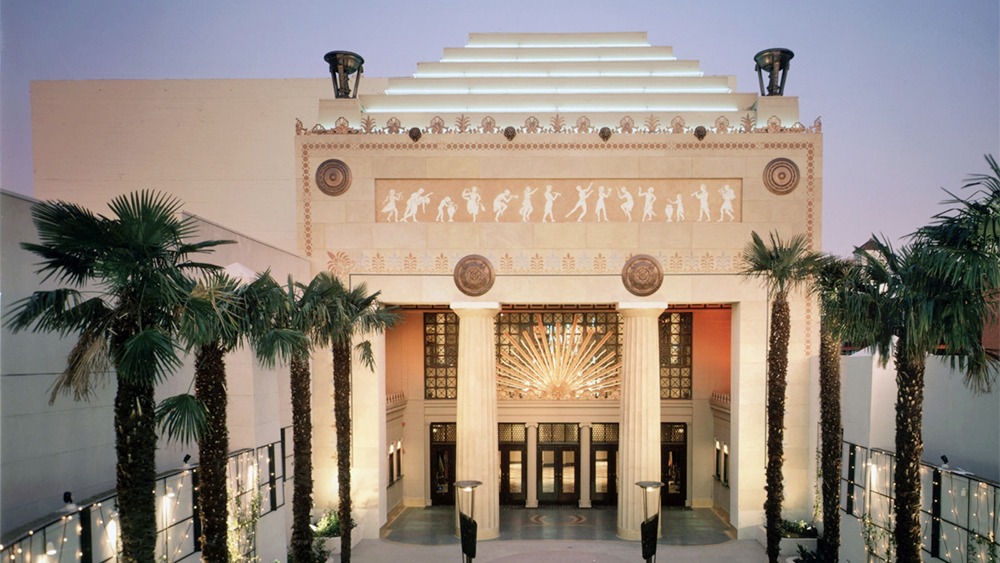 More About the Alex Theatre

For 95 years, Glendale’s Alex Theatre, operated by the non-profit management company Glendale Arts, has been the centerpiece of the City’s arts, culture and community programming. The Theatre’s diverse schedule boosts roughly 250 events and attracts more than 130,000 patrons per year. Program offerings range from classical, contemporary and world music concerts, to film screenings, live theatre and stand-up comedy. In addition, the Alex Theatre also hosts award shows, fundraisers and a variety of other special events and frequently serves as a location for television, commercial and film productions.

Alex Theatre 1925 – 1980
From its opening in 1925 through the 1950s, the Alex Theatre served as a preview house for major Hollywood releases, attracting the glamorous stars of the time. The Theatre continued to host Hollywood previews and screen first-run films until the 1980s, when it closed after several years of decline.

1992 – 2019
In 1992, the Glendale Redevelopment Agency purchased the Theatre and dedicated $6.2 million in public funds to restore the Alex to its former splendor. Since reopening on News Year’s Eve 1993 as a performing arts and entertainment center, the Theatre has been a vital nexus of entertainment, commerce, and civic activity.

For additional information about Alex95, please visit AlexTheatreBirthday.org  and AlexTheatre.org 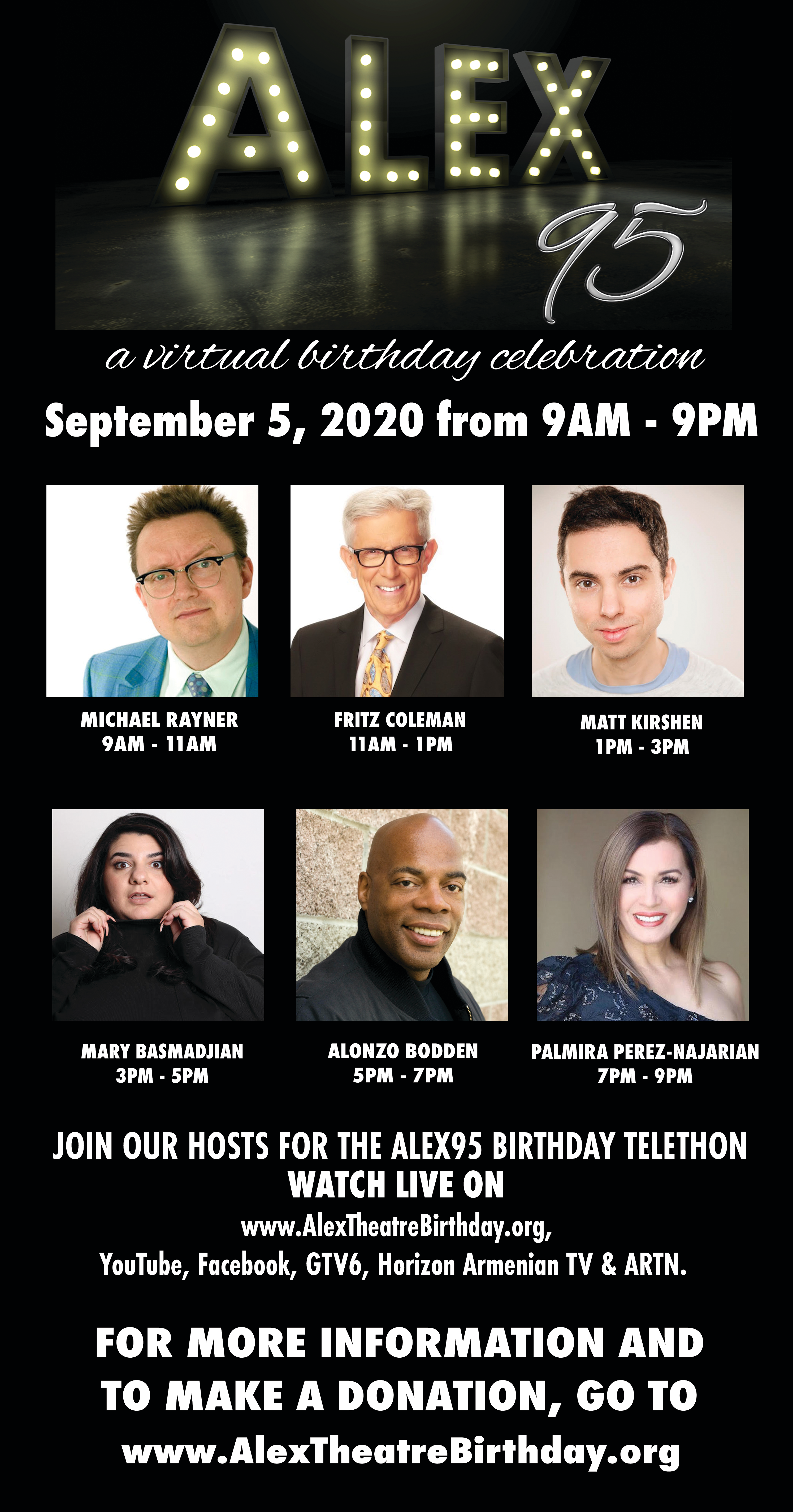