Open Letter: Should the UK Assist Azerbaijan in Cultural Genocide and Propaganda Campaign? 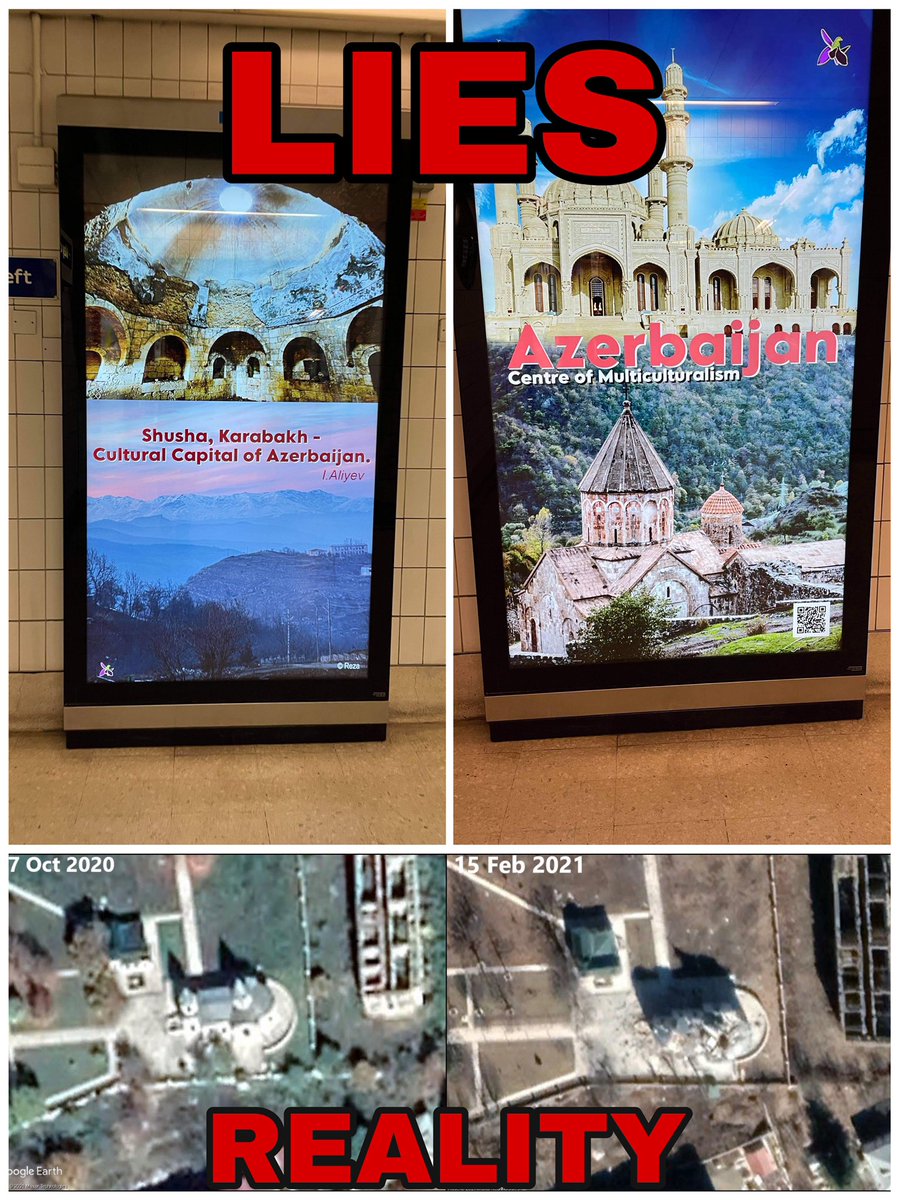 I hope that you are well and having a great day.

I noticed the propaganda advertising campaign undertaken by the Azerbaijani government in the UK and feel that you should know as the CEO of the Advertising Standards Authority (ASA).

On September 27, 2020, Azerbaijan, with help from Turkey, orchestrated a genocidal attack and ethnic cleansing against Armenians of Artsakh (Nagorno-Karabakh). They recruited ISIS, Syrian, Libyan, and Pakistani jihadist mercenaries to launch the massacre that killed over 4,000 Armenians in their ancestral homeland.

Baroness Caroline Cox has witnessed some of the atrocities and spoken up about it extensively.

Ilham Aliyev, President of Azerbaijan, continues his campaign of ethnic cleansing Christians Armenians and systematic cultural genocide. Yet, he uses caviar diplomacy (oil & blood money) to finance his country’s public relations campaign to rewrite history and change the narrative. He is currently destroying millennia-old Armenian churches, monasteries, cemeteries, cross-stones, and monuments to claim that Artsakh is a part of Azerbaijan, a Muslim country formed in 1918.

While the world was preoccupied with COVID-19 and the US presidential election, Azerbaijan waged a brutal assault on Armenian civilians. They used illegal and banned weapons, white phosphorus munitions, and committed countless war crimes and crimes against humanity, on par with the Armenian Genocide.

The churches in these advertisements, happen to be ancient Armenian churches that were built centuries before Azerbaijan even existed. These “multiculturalists” are currently destroying all Armenian inscriptions from these churches to lay claim to them, something that you are unwittingly assisting in.

Please understand how painful this is to witness for millions of Armenians in the UK and across the globe…and do the right thing.

Thank you and kind regards,