For the second year, Public Radio, KPFK 90.7 FM, celebrates Pride Month with a special LGBT program on Sunday, June 30th, 4PM to 12AM.

Tune-in at 4PM as host Mark Torres takes us through Pacifica Network’s LGBTQ history, 1958 to present. At 5PM, host Rita Gonzales presents The Out Agenda. Then at 6PM, host Vic Gerami will commemorate the 50th anniversary of Stonewall with a panel of guests discussing the past, present & future of the LGBT Rights Movement. At 7PM, once again, Vic Gerami will host a show with special guests, about the Trump Era Setbacks in LGBT Rights, focusing the Trans Ban in the Military. Host Dan Guerrero of IMRU will present Gatino Report Special with Dan Geurrero from 8PM to 10PM, followed by host LATW’s LGBTQ themed play from 10PM to 12AM.

The special 2nd Annual LGBTQIA Day hosted by Vic Gerami will include some of the leading voices in LGBTQIA & ally media, journalism, law, social justice and activism. Vic dedicates this two-hour portion of the program to Steve Pride, long-time KPFK board member and the producer of IMRU, the longest running LGBT radio show in the country.

For the first hour, starting at 6PM, Vic hosts a show commemorating the 50th Anniversary of the Stonewall Riots, looking at the past, present and future of the LGBTQIA Rights Movement.

Special guests will be famed and iconic feminist and discrimination attorney, Gloria Allred, psychologist, author and activist, Dr. Laura Costine, Senior Vice President of Leadership Development for the Jewish Federation of Greater Los Angeles and the founder and CEO of Global Eye Entrepreneurs, Gamal J. Palmer and Pulitzer-nominated journalist and the founder of LGBTs In The News, Thom Senzee.

From 7PM to 8PM, Vic will host a show on the Trump Era Setbacks in LGBT Rights, focusing the Trans Ban in the Military.

Special guests will be activist LGBT & Human Rights Attorney, Legal & Policy Director for the Modern Military Association of American, currently suing the Trump Administration on behalf of service-members who are facing discriminatory policies, Peter Perkowski, renowned trans activist, Founder, President and CEO of the Los Angeles-based TransLatin@ Coalition, Bamby Salcedo, Lieutenant in the US Army as a Medical Reservist and the Founder of You Matter-Not Alone, a suicide prevention and suicide awareness charity, Donna Quach, and transgender specialist in the US Army Reserve served over 6 years as a generator mechanic, Rudy Akbarian.

Tune-in on Sunday, June 30th, from 4PM to midnight for an exceptional program on this 50th anniversary of Stonewall as KPFK celebrates Pride Month.

IMRU Radio’s Executive Producer Steve Pride holds a BA in Broadcast Journalism, is a five-time winner of the Golden Mike Award presented by The Radio & Television News Association of Southern California, a recipient of the “Excellence in Journalism” award from NLGJA, a finalist honoree for lifetime work in the 6th National Entertainment Journalism Awards and a veteran of Sirius Satellite Radio, NPR and PRI. Steve is the News producer for the internationally syndicated radio show “This Way Out” and can be heard locally on “IMRU Radio Magazine” Monday nights on KPFK 90.7 FM Los Angeles. A member of the Los Angeles Press Club, the Association of Independents in Radio, he served four years on the Board of Directors of the Washington D.C. based National Lesbian and Gay Journalists Association (after 6 years as President of the Los Angeles Chapter). He currently serves on the Board of Directors for KPFK 90.7FM, as well as GALECA (the Gay and Lesbian Entertainment Critics Association) and is chair of the Board of Overnight Productions (which produces the internationally distributed radio show THIS WAY OUT). IMRU Radio, on the air since 1974 is the longest running LGBT radio show in the country and can currently be heard every Monday 7-8pm on KPFK FM 90.7 Los Angeles, 98.7 Santa Barbara, 99.5 Ridgecrest & China Lake, 93.7 San Diego, and streaming @ KPFK.org and itunes.

Through interviews, debates, and special feature stories, this show examines today’s issues from the LGBT perspective. Each week, listeners are invited to be active participants in the show with call-ins, by posting comments on Facebook, or with emails and tweets. The OUT Agenda is truly the voice of the LBGT community in action.

IMRU Radio Magazine is a vehicle for the LGBTQ community support and political change. Our principal goal since our first broadcast in 1974 has been to produce the best radio show possible to support this mission. As a magazine we consist of short reports on multiple LGBTQ topics, empowering a diverse group of community contributors as citizen Journalists who bring our audience everything from the sounds of demonstrators marching downtown to the latest on antigay organizing in Uganda. 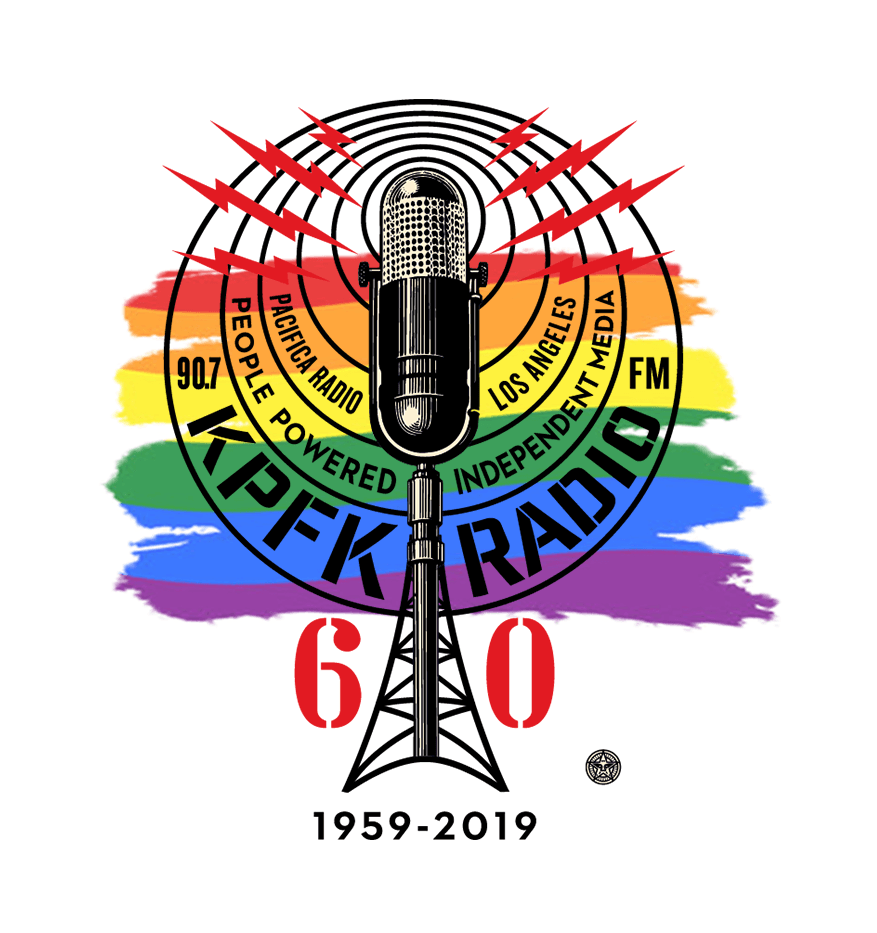 Pacifica was born in the late 1940’s out of the (now nearly forgotten) peace movement surrounding World War Two. Lewis Hill, a conscientious objector and Washington, D.C. newsman, was fired from his mainstream reporting job when he refused to misrepresent the facts.

This was a time when the idea of a listener-sponsored radio station was a new one which had never been implemented. Many people doubted the viability of a broadcast model which didn’t rely on some kind of corporate or government funding. But the idea was too compelling for Hill and others who agreed with him. Pacifica was born and in 1949 KPFA went on the air from Berkeley, California.

KPFK, in Los Angeles, was the second of what would eventually become five Pacifica Stations to go on the air. It was 1959 and Terry Drinkwater was the first General Manager. Blessed with an enormous transmitter in a prime location, KPFK is the most powerful of the Pacifica stations and indeed is the most powerful public radio station in the Western United States.

Gift Bags for the special guests were sponsored by the following generous companies! 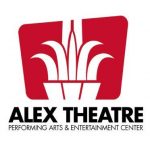 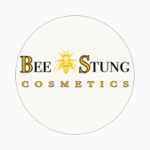 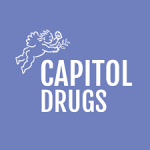 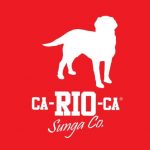